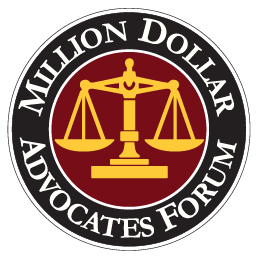 Robert Maizel has over fifteen years of experience in the Court Room representing both Plaintiffs and Defendants in all types of actions from Employment Discrimination and Employment Termination Actions, Personal Injury Cases, DUI, Children who have been abused in Foster Care, and Catastrophic Injury Matters.

Mr. Maizel brings his unique trial style to life utilizing the skills he honed at the intensive multi day classes and workshops at the Trial Lawyer’s College .  The College was founded and classes are still taught by the world renowned trial lawyer Gerry Spence. The professors of the College have represented such high profile clients such as O.J. Simpson, Karen Silkwood, and Rodney King.

Robert is a passionate lawyer who listens to his clients needs to gain the result that they seek.  Through this expert counsel, Mr. Maizel has been able to achieve multi-million dollar results for his clients.

Robert Maizel joins Saffren & Weinberg as a Partner and Senior Trial Lawyer to represent clients who have been injured at work, injured as a result of an accident, who have suffered discrimination at work, terminated from their job, and children who have been abused in foster care.

Mr. Maizel is a Lifetime Member of the Million Dollar Advocates Forum.

organization.  It is Robert’s success in the courtroom that proved his eligibility for this distinction.  Selection is based on serving as lead counsel in a case where a verdict of one million dollars or more has been secured.  There are only approximately 3000 members in the United States, Canada, and England combined.

Mr. Maizel has been published in the Federal Reporter for his successful work as the lead attorney representing a woman who was terminated by St. Mary’s Medical Center, in Lowenstein v. Catholic Health East, 820 F.Supp.2d 639 (E.D.Pa. 2011). In this action Ms. Lowenstein was terminated from her position as a pharmacist in violation of the Family Medical Leave Act (FMLA) and in violation of the Americans With Disability Act (ADA). This reported case addresses the issues related to exhaustion of administrative remedies and holds that (1) once a charge of some form is filed with the EEOC, the resulting private litigation is defined by the scope of the EEOC investigation; and (2) EEOC charges are given liberal construction and the failure to “check a particular box” on an EEOC charge is not failure to exhaust administrative remedies, so long as the EEOC has cognizance of the situation. Mr. Maizel’s published opinion is the authoritative case on the issues related to EEOC Charges and subsequent cases filed in the District Courts of Pennsylvania.

Robert Maizel is accepting new clients and looks forward to speaking with you about your potential case.  Mr. Maizel can be contacted at 215-695-3000.  Saffren & Weinberg and Robert Maizel maintain offices in Center City Philadelphia and Jenkintown, Pennsylvania.